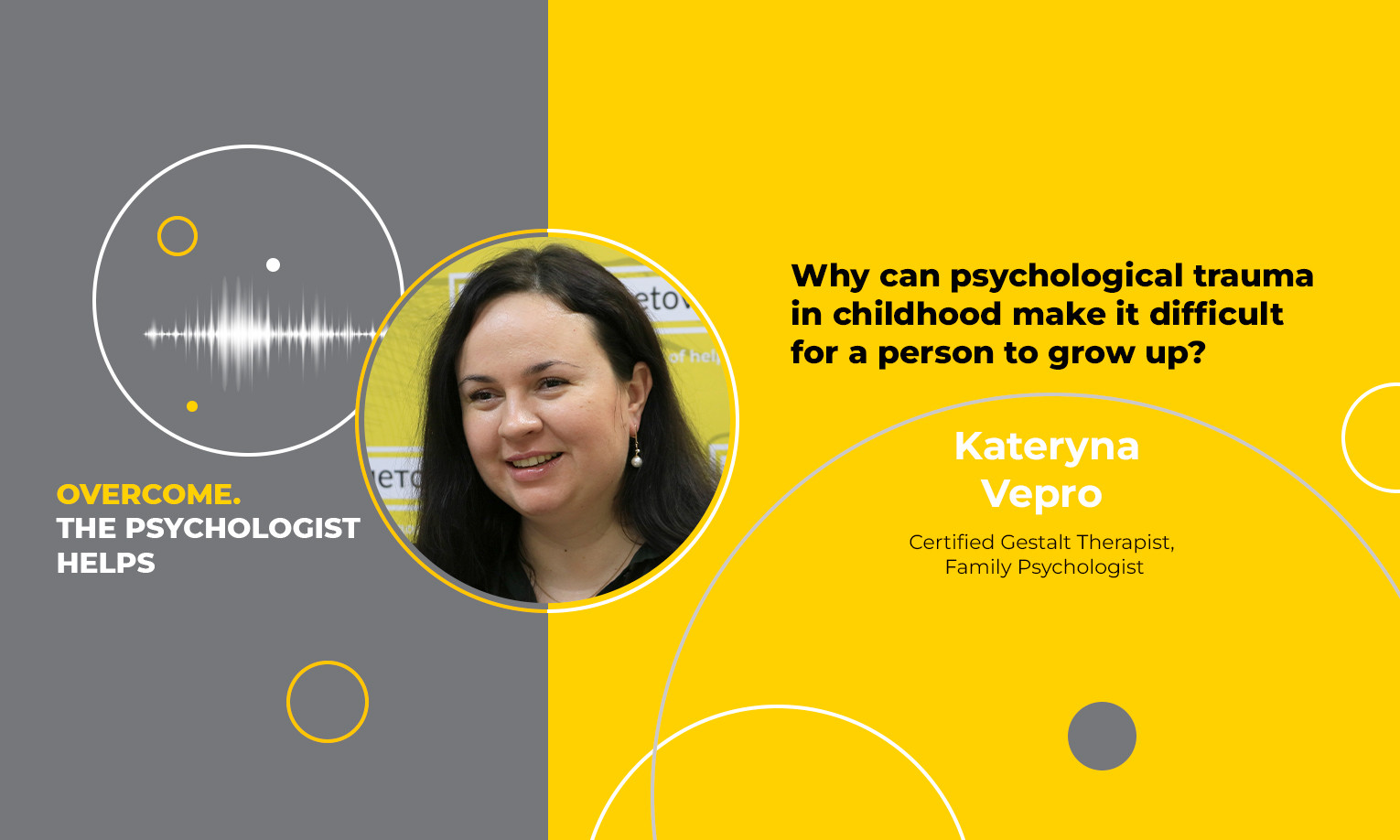 Stream: Why psychological trauma received in childhood can lead to difficulties in adult life?

‘Why psychological trauma received in childhood can lead to difficulties in adult life? What psychological traumas do the children who witnessed the conflict in the east of the country suffer the most from? Why do many citizens in the country now have fears earlier experienced by residents of Donbass, even if they have never been near the war zone?

These are the questions were covered in the live broadcast Overcome. Psychologist Helps,’ said Kateryna Vepro, a certified gestalt therapist and family psychologist.

The expert emphasizes the fact that any childhood trauma received at an early age leaves its certain mark on the entire subsequent life of an adult. In addition to some general traumas, which are commonly found in almost all children, there are childhood traumas directly related to the war.

For example, Kateryna Vepro classified a catastrophic trauma as the typical psychological trauma of children who live in a war zone. Its feature is that children constantly feel a real threat to their lives.