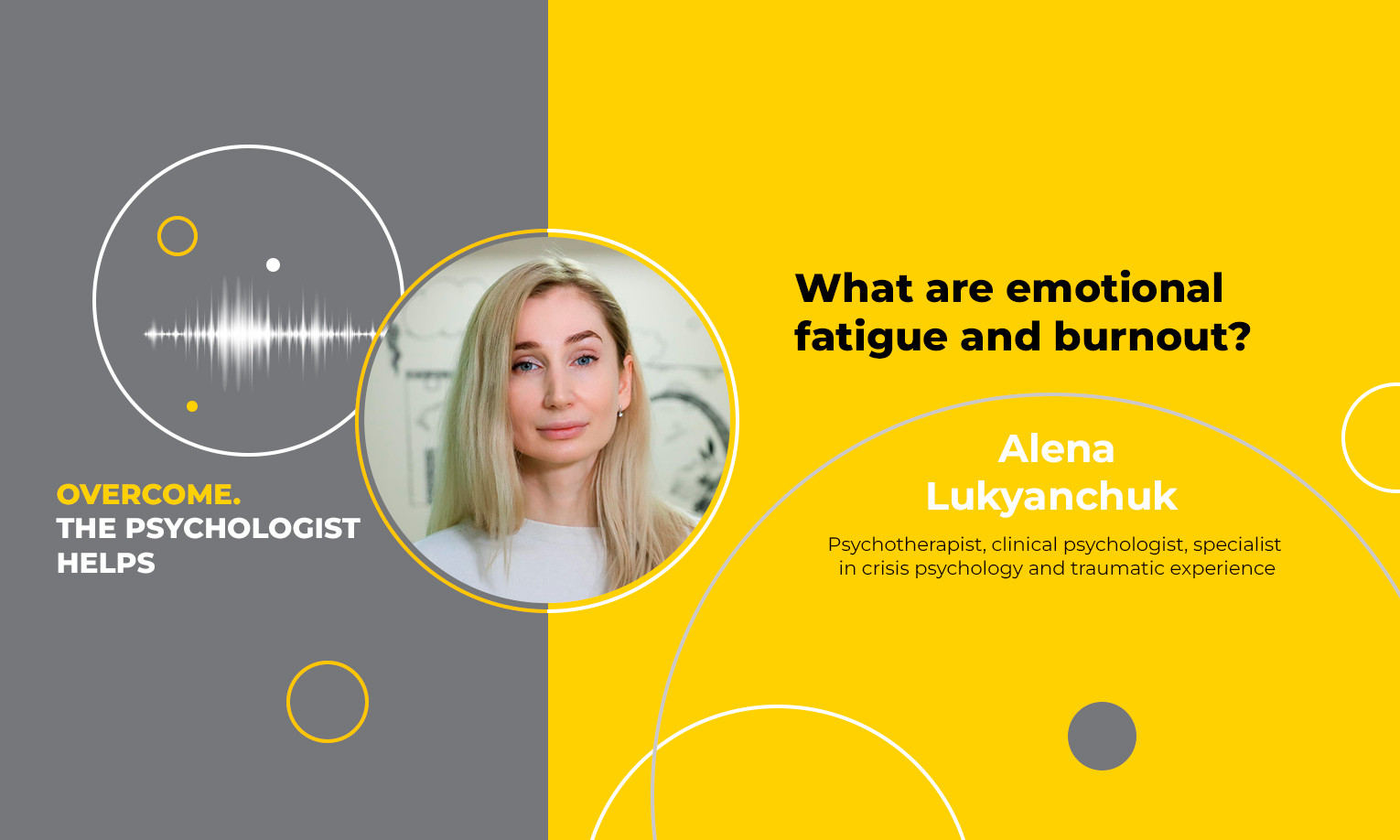 Stream: What are emotional fatigue and emotional burnout?

What are emotional fatigue and emotional burnout? What are their main causes and ways to overcome them? How does the war affect the emotional state of civilians in Donbass?

A psychotherapist, clinical psychologist, specialist in crisis psychology and overcoming traumatic experiences, the coordinator of the psychological service of the Rinat Akhmetov Foundation Olena Lukyanchuk became an expert of the online broadcast.

According to the psychologist, emotional burnout and mental fatigue can subsequently lead to physiological fatigue. First of all, this will certainly have its impact on the cardiovascular system, gastrointestinal tract and endocrine system.

The expert also spoke about the peculiarities of the emotional and psychological state of civilians in Donbass, who have been living amid the military conflict for eight years now. She noted that such people live in a state of chronic stress and instability, which does not pass unnoticed. This is especially true for children who have to become grown up early, which entails some attendant psychological problems in the future.